An organization from LEGO bricks 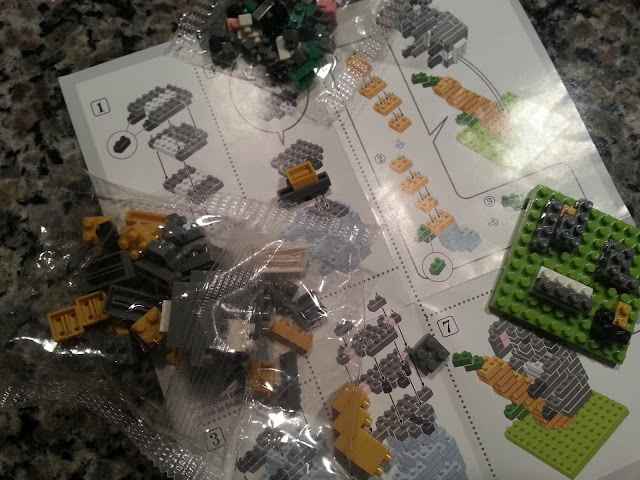 As children, we built things out of LEGO bricks to show our creativity and express our imagination. LEGO bricks are different sizes and colors, but they are all able to connect to another. Considered alone, they are relatively simple, but together, they contribute to something larger and much more impressive—a manifestation of an idea that is now tangible. And they can be rearranged into a new creation with a different appearance or purpose. The individual LEGO bricks do not change, but the concept does.

Take the average organizational flowchart and consider how it might look assembled from LEGO bricks. Suppose each LEGO brick represents a distinct team or function within the organization. The amount of direct contact that team or function has with other parts of the organization necessitates the relative size of the brick (so that other bricks can connect to it). Hopefully, the smaller bricks are near the foundation, and the larger bricks are near the top. In this analogy, if more than a few bricks are very small or very large, this may represent an impediment to internal communication and control.

Bricks that are the same color should represent teams and functions with similar roles. For example, all research and development teams and functions may be yellow (the color of the idealistic light bulb), regardless of whether the purpose of the team is product design or testing. Sales teams may be green (the color of money). And so forth. Update your mental image of this LEGO brick concoction. What does it look like?

It probably has large columns of single colors, or potentially pyramids of like colors. In the worst-case scenario, the bricks of one color are not connected to bricks of another color. There may be one large brick at the top holding all of the columns or pyramids together, like a rigid octopus. Ask yourself, is this an efficient organization? Is it stable? The answer to both questions is a resounding “no”.

Suppose we try to keep the essence of the LEGO-defined organizational structure that is envisioned above, but reimagine it so that it is very stable. There are no gaps between bricks, and there are no columns. Adjacent bricks are connected to one another with bricks above and below. Some parts of the structure have adjoining bricks that are all the same color. But bricks of one color are now interconnected with bricks of other colors.

The lesson from this mental exercise is that we should see organizational structures, in a general sense at least, as fluid, and adapting to market conditions, new demands, and new challenges. Granted, some structure is necessary, and a chaotic structure of multi-colored LEGO bricks haphazardly assembled is no better than one that is heavily columnar. But the lesson is that an introspective organization can find the optimal benefit for different people, and different groups of people, in roles than other they exist in the present state, depending on the project.

The lesson for R2O is that we should not assume roles are static. While the transition gradient between research and operations will always remain, the different teams that envision new R2O projects, transfer the technology, conduct the training, and apply it in operations may find innovations in different alignments. Encourage interaction between all of these teams as a way to fuel the cycle and stay agile. This is particularly important when the teams are geographically dispersed, which is often a greater cause of duplicated effort and limited coordination in R2O efforts and beyond.