The Future of R2O: A Handshake 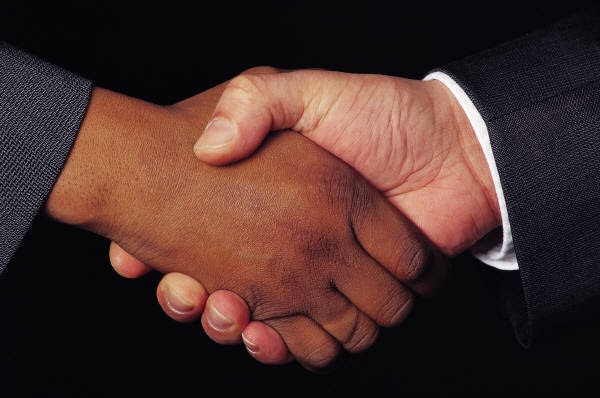 If you diagnose and map out the components of R2O throughout the weather community, you will find that there are several enterprise-level conceptual models. While I have consistently referred to R2O as a cycle, there must be a starting point, and a driver. For fiscal year 2002, the Office of the Federal Coordinator for Meteorological Services and Supporting Research (OFCM) highlighted R2O as a featured article in their federal plan. The article outlines the R2O models for the Department of Defense (DoD) and Federal Aviation Administration (FAA), and classifies paths for “research push” and/or “operations pull” in describing them.

While “research push” and “operations pull” may have been suitable for accomplishing R2O missions of the past, neither is very cost and resource effective through the longer term. While the research and operations sectors have existed since the inception of the R2O paradigm, adequate forums to facilitate the “2”, and the their utility, have only become apparent recently. In the past, the “2” was viewed as a very static exchange. Research products would be available in the exchange, and operations would decide which one to fund for integration into their workflow. This is hardly different than shopping at a grocery or retail store. But how many times have you tried a new product and then opted not to purchase it again? In those cases, did you contact the manufacturer and complain? Probably not. And if you did, your experience and opinion may be in the minority.

In a fiscally constrained and responsible environment, we cannot afford to operate research and development activities like a store with products on a shelf because a high failure rate is likely.

Market research is a required component of any new product development, and “operations pull” requires an analysis of user needs, but not everything is a success. Nor are the participants in market research usually reengaged after a product launch. Even with market research, sometimes the right solution is difficult to envision, and we can be close but ultimately miss the mark. Advances in R2O have focused on the “2” in developing testbeds and other demonstrations in order to sustain an interaction between research and operations. These testbeds and related engagements of varying sizes and formality have created a much more dynamic exchange which is able to serve as a starting point for R2O projects while driving others. They are a source for new ideas and new or improved research products. And, just as important, testbeds are recurring. They happen again and again to foster a relationship between research and operations as sectors.

Think about the last time your shook hands with an acquaintance. Did you extend your hand first, or did they? You probably do not remember, nor is it important. That is why a handshake is a good metaphor for the “2” in R2O; that the handshake occurred is important, not who suggested it. The essential criteria are that the relationship exists in the first place and a forum exists through which ideas and products are exchanged. That exchange is both a starter and driver for R2O activities. Without it, there is a significant loss of interconnectivity within the community.

While I draw attention to testbeds here, and their advent has furthered recent R2O work, they are not the only way to facilitate R2O. There are other methods, such as embedding employees from one side of R2O into the other for observation or idea generation, in-person and virtual user discussion groups, community meetings, and trials. The critical consideration is that the method employed builds a relationship in a manner that one-time and one-way communication and anonymity cannot (e.g., surveys).